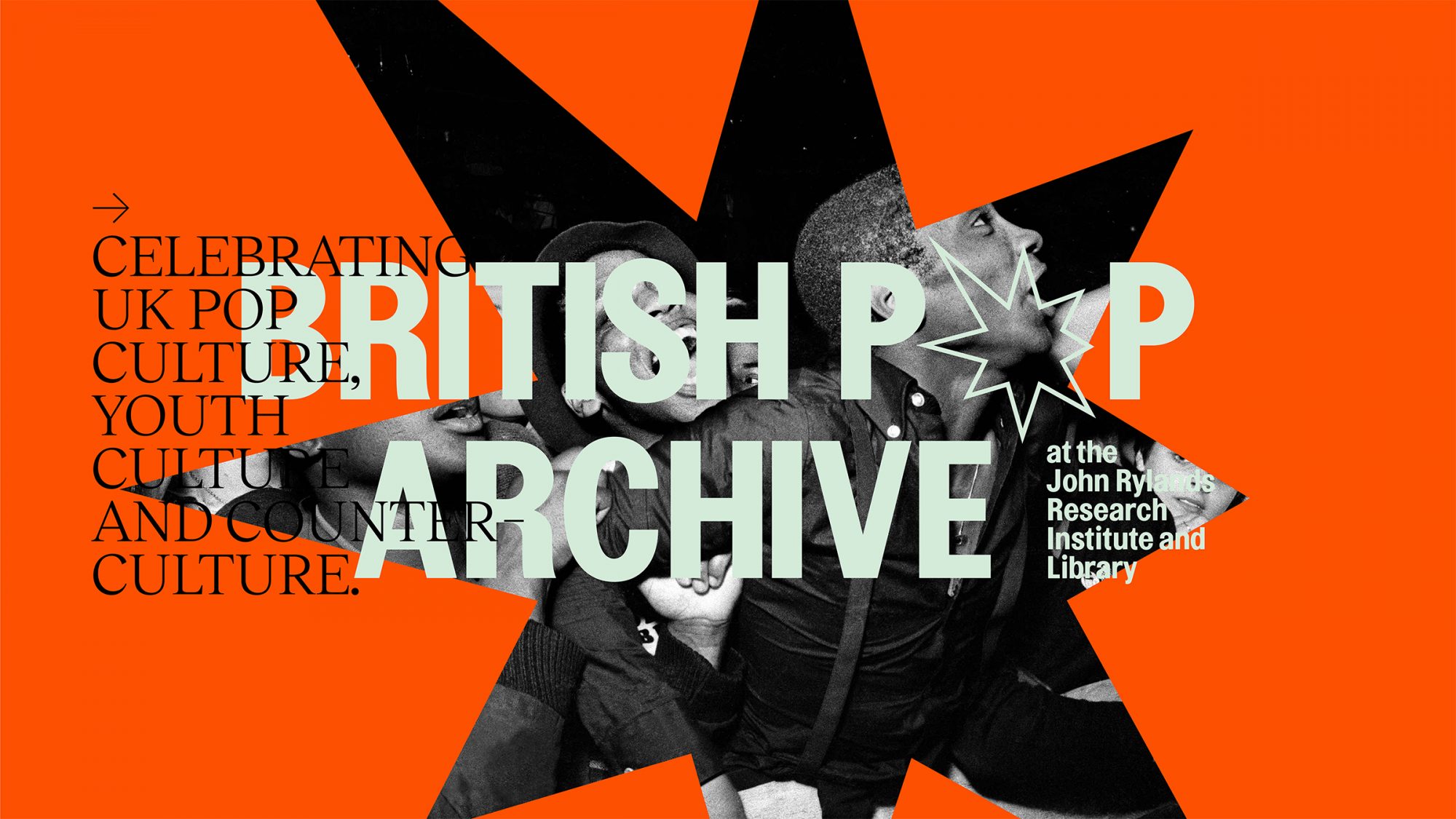 The exhibition features iconic items from British pop history, most of which have never been seen by the public. Highlights include personal items relating to The Smiths, New Order, The Haçienda, Factory Records, Granada Television and Joy Division.

As the archive will feature material from all over Britain, but be kept in The John Rylands in the North West, the studio created a graphic symbol which referenced an 8 point compass with the NW point being the largest and most prominent. The POP symbol is an instantly recognisable graphic which they felt represented the expression of the project and tied in nicely with the geographic location.

A collection of circular graphics were also designed. Each one represents a different era of the archive, either by referencing album covers, musical styles or archive collateral.